Last week I wrote a post for Raising Homemakers that I titled: “Are You a Homemaker Living Like a Feminist.” It received quite the response.  There were negative comments and positive comments, and no middle ground.

This morning, I sit here with my cup of tea as I write out a response.  First though, I need to lay some ground work.  Raising Homemakers is a blog:

“…dedicated to inspiring, teaching and blessing mothers who have an interest in raising their daughter in godliness and preparing them in the arts of homemaking to the glory of God”  emphasis mine.

In short, it is a website for mothers who want to raise their daughters to be homemakers. The title alone is evidence of this fact.  The post I wrote is also directed to homemakers, the stay at home mom, etc.

It was not directed at women who work outside the home because their husband has asked them to and their respectful appeals have fallen on deaf ears.

It was not directed at feminists.  Why would they even visit a site that is in direct opposition of their beliefs?  It would seem like such a waste of time.

It was not directed to unsaved women who don’t know our LORD.  Such admonishments would be an offense to them.

When I write, it is always, unless stated otherwise, written to the Christian homemaker.  This post was for the Christian wife who wants to live a life that glorifies her LORD, but gets sucked back into the worldly, feministic mindset from time to time.

I can’t tell you how many ladies in this category, if you will, wrote to me either publicly or privately thanking me.  We so need to be encouraged to fully follow the LORD and consistently reject anti-Biblical teachings.

The post was also for the Christian wife that has chosen to work outside the home because she enjoys the money, the job or any other aspect of it and is leaving the raising of her children to hirelings and neglecting her home.

This is a woman who also expects her husband to help with the housework and other homemaking type duties.  This.is.a.feminist.mindset.

Why read posts at Raising Homemakers?  I truly don’t understand.  If you are all about choice, why bash a post that fully encourages Biblical womanhood?  Isn’t living a life unto the LORD a choice?

As truth would have it though, feminism is a sacred belief.  It is the devil’s stronghold and very effective tool.  And when someone on the other side of the fence exposes the evils of it, his servants come out of the woodwork to defend it.

To The Overwhelmed Mother

If this post grieved you, as a full time homemaker, this was not my intention.  If you are feeling overwhelmed at home by all of your duties, I would ask if you have too much on your plate?

Maybe just some simple de-cluttering would provide some relief.  Learning some basic home management skills would be a benefit as well.  Women have been so deceived for so long that running a home can be a challenge.

If You Felt it Was Un-Biblical

First, go to your husband with your questions and concerns.  You are under his authority.

I will offer a few verses here, but ultimately it is the responsibility of the reader to check everything she reads against the truth of God’s word.  Even when I provide Bible verses, it is in your best interest to see if what I’ve said is accurate.  Actually, it is a good idea to do that with much of what you read online.

As an added benefit, it is an encouragement to open God’s Word and dig out His truth.  If what I wrote drove you to the Bible, to God be the glory!

A post that devalues feminism elicits more comments than usual because it is challenging deeply held beliefs.  Praise God for that!

If you are truly seeking the truth about God’s role for women, read through:

If you need a foundation in Biblical homemaking, I created a course that has blessed many women.

*Note: I did not write this or the other post just to advertise the course.  It is honestly a second thought that I offer it now.  I am delighted however to have something to offer to women in need of training on the Biblical mindset for homemaking.  You can learn more here: The Focused Homemaking Training Course.  And, if it is May 2016, enrollment is opened for a short time.

Lastly, I pray you are growing and thriving in the heart of your home as you tend to your family and daily serve those the LORD has entrusted to your care.  It is a divine calling. 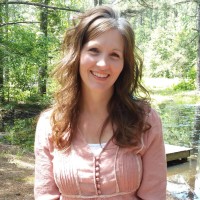 « Are You a Homemaker Living Like A Feminist?
When the Christian Woman Follows Worldly Advice »